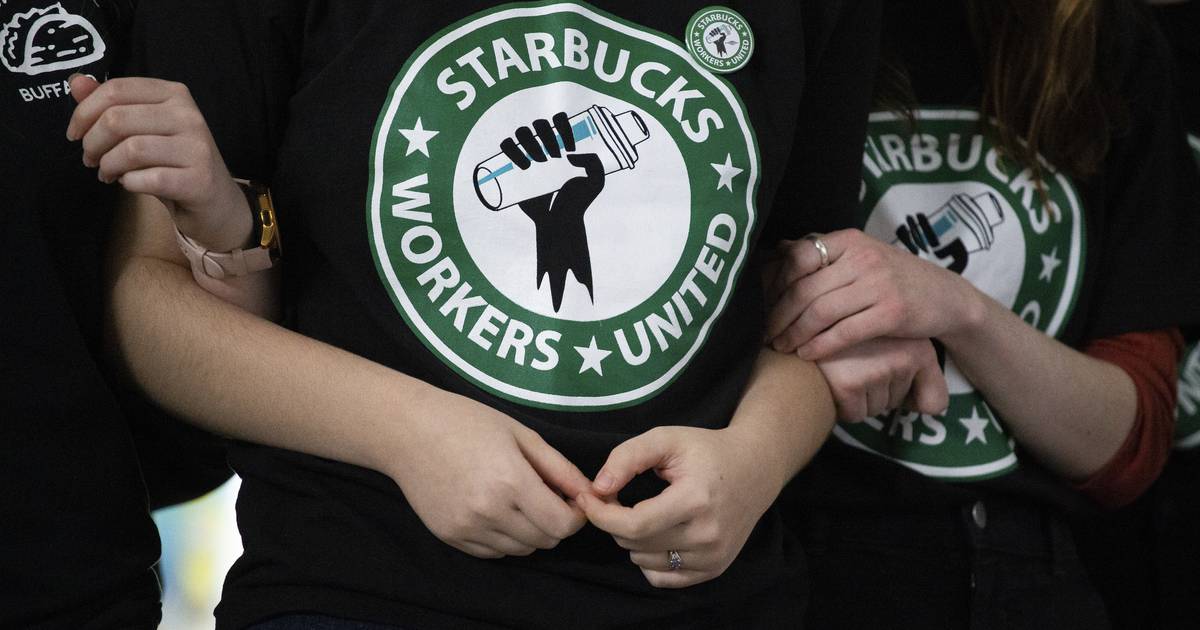 Baristas at 2 Starbucks become first to unionize in Chicago

Workers at two Chicago Starbucks voted overwhelmingly to unionize on Wednesday, becoming the first unionized Starbucks workers in the city.

Starbucks baristas at 5964 N. Ridge Ave. voted 20 to 3 to join the union and baristas at 1070 W. Bryn Mawr Ave. voted to do so 10 to 1, according to organizers from the Chicago and Midwest Joint Board of Workers United, the Service Employees International Union affiliate that represents Starbucks workers. Starbucks employees voted in person for two days at the Edge Theater. The stores are located in the Edgewater and Edgewater Beach neighborhoods respectively.

Teddy Hoffman, a barista at The Ridge and Clark Starbucks, called the union vote “exhilarating.” Hoffman has worked at Starbucks for more than six years.

“I think the biggest part is finally feeling that we have a voice and that our work has resulted in something,” he said.

“I think that means we matter, we are heard and we will be heard and our resilience has paid off,” he said. Sticking points for his co-workers include guaranteed pay raises and hours so they can retain access to Starbucks benefits, he said.

Nationally, the Starbucks Workers United campaign continues to grow. As of this week, baristas at more than 260 stores have submitted nominations for union elections, according to the National Labor Relations Board. On Tuesday, Starbucks workers voted to unionize at 85 of the 102 stores where elections were held. A handful of results remained disputed.

In late April, Starbucks employees at two stores in Cary and Peoria became the first in Illinois to unionize. Earlier this month, baristas at La Grange voted against joining the union by a 9-6 vote. The vote came days after Starbucks interim CEO Howard Schultz announced further wage increases. pay and benefits that he says would not apply to store employees who joined or sought to unionize.

“Starbucks bosses are no match for this new generation of labor activists, and no match for a united labor movement that is unwavering in its commitment to support them,” Hanshew said.

Starbucks did not immediately respond to a request for comment Wednesday evening.

The vote counts for four more Chicago Starbucks coming in June. These stores are located in the Loop, Hyde Park, Logan Square and Bucktown.