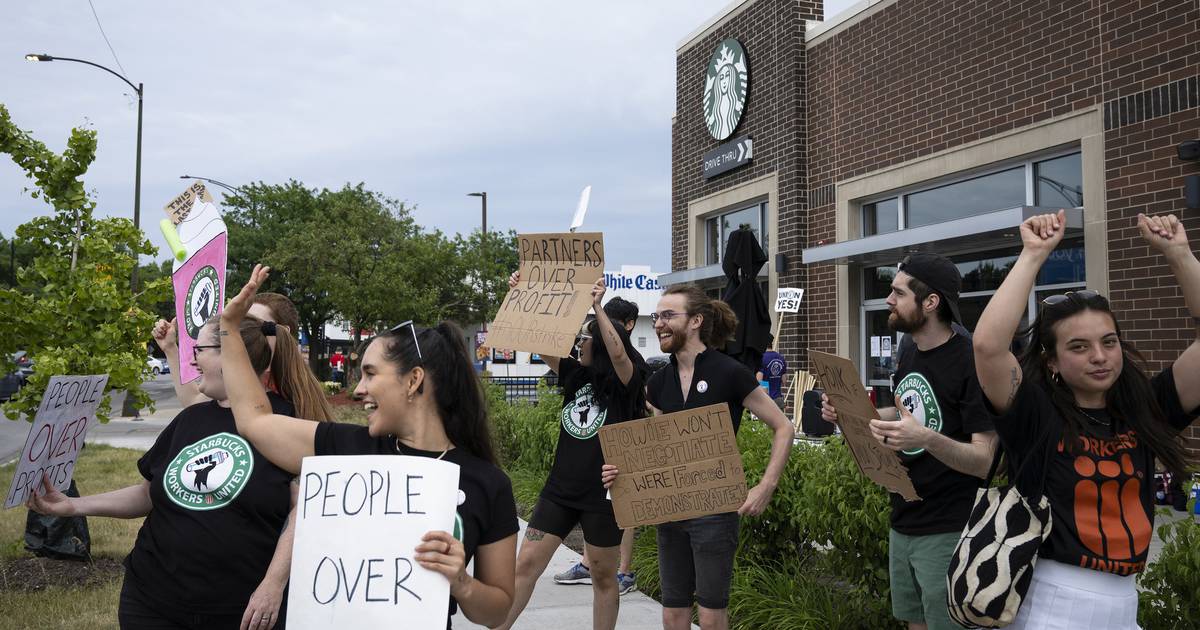 Baristas at one of Chicago’s first unionized Starbucks are on strike. Workers at the Starbucks location at 5964 N. Ridge Ave. at Edgewater are asking the company to address what they describe as a chronic understaffing.

Teddy Hoffman, shift manager at the cafe, said workers there have been sounding the alarm about understaffing for about three months. Hoffman has worked for Starbucks since 2015 and at the Edgewater store since it opened in 2018, he said.

Understaffing at the store led to individual baristas doing the work of two or three workers, Hoffman said. He said workers are missing breaks and arriving late, not being able to meet sanitary requirements, and not being able to “give that Starbucks experience to the customers we signed up for.”

Starbucks did not respond to a request for comment on Friday.

The baristas planned to strike on Friday and Saturday, with tentative plans to return to work on Sunday. The store was closed on Friday, Hoffman said.

Workers voted overwhelmingly to unionize in late May, making the store one of the first two unionized Starbucks in Chicago, with a second location also in Edgewater.

“We’re not just going on strike because the work is hard,” said Alison Guerrin, the store’s barista. She said she has worked for Starbucks for more than two decades and at the Edgewater store since it opened. Guerrin said that while she already experienced a staff shortage during her time at Starbucks, that period of understaffing lasted longer than others.

“A lot of us have been with this company for a long time and have seen this company be really great, and we want to be able to deliver that amazing customer experience to people consistently, like we’ve done in the past,” she said.

Starbucks opposed the union movement in its ranks. Nationally, regional offices of the National Labor Relations Board have issued more than 60 charges alleging a series of unfair labor practices against the coffee giant. Agency officials last week filed a lawsuit in federal court seeking a nationwide cease-and-desist order against the company for what they say is illegal large-scale union busting. .

In Chicago, four Starbucks have voted to unionize with Starbucks Workers United, the Service Employees International Union affiliate that represents Starbucks employees. Two of these stores are located in Edgewater; the others are in Bucktown and Hyde Park. Two other stores in the city lost union elections in June. A total of 10 Chicago-area stores have filed for election since January, most recently in Edgewater and West Rogers Park.

Last week, workers at nearly 300 Starbucks across the country filed for union representation, according to the NLRB. Of 208 completed elections, the union lost 28. The results of some elections remained disputed.