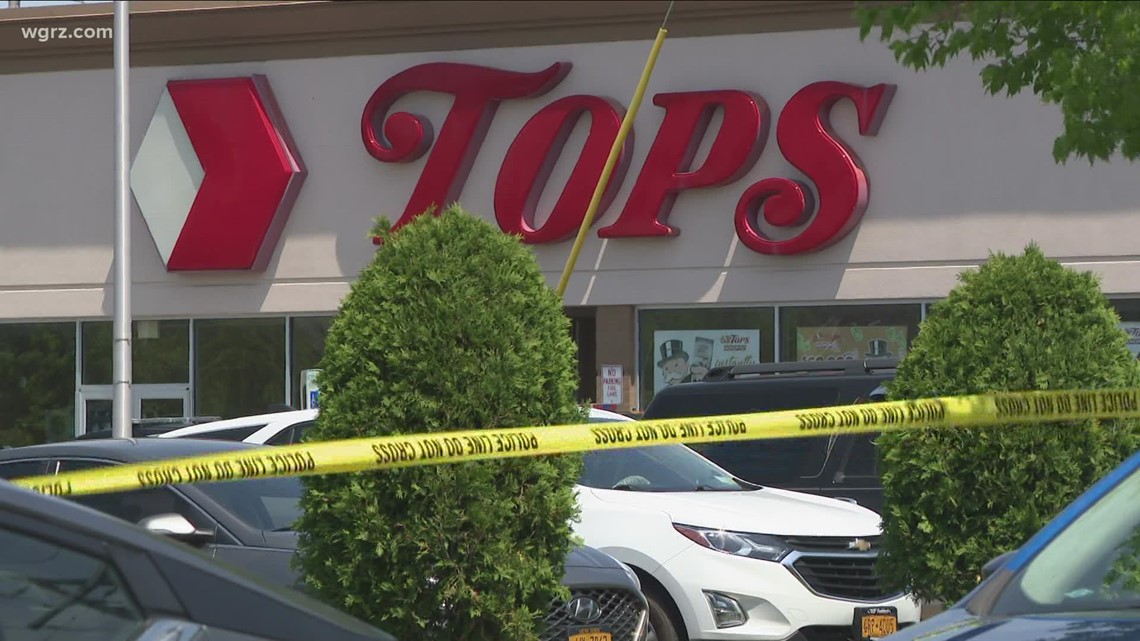 Employees say they will never forget seeing the suspect in the store before the massacre, not a day before as previously reported, but weeks ago.

BUFFALO, NY — Employees of the Tops Market where the mass shooting occurred in Buffalo say the suspected shooter was in their store around Easter.

They say they will never forget seeing the suspect in the store before the massacre, not a day before as previously reported, but weeks ago.

Production manager Rose told 2 On Your Side’s Michael Wooten that it was shortly before Easter when the 18-year-old walked into the store.

She says he asked her what she was doing there and suggested she be in the suburbs. She asked what he meant, and she said he pointed out that she was a white woman, and asked why would she want to work in a predominantly black neighborhood.

When she told him she loved her job, her colleagues and the community. She says he used an insult.

Rose thought he was a racist jerk and just did his job.

Looking back, she’s even more disgusted than she was then.

“He told me I didn’t belong there,” Tops Produce manager Rose Wisocki said. “I just don’t understand how he could have so much hatred in his heart for such wonderful people. The whole community is wonderful.”

We spoke to his colleague Jérôme, who also remembers seeing the shooter weeks ago.

Buffalo Police Commissioner Joseph Gramaglia confirmed the suspect was in the Buffalo area in March. He did not specify where they suspected he was when he was here.