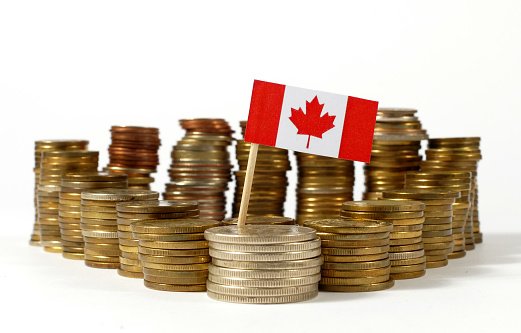 On the heels of January’s impressive gain, retail sales took a breather in February, rising just 0.1% month-on-month. Performance was even weaker after removing inflation, with sales down 0.4% in volume.

Sales appear to have picked up the slack in March, with Statistics Canada’s flash estimate pointing to a monthly gain of 1.4%.

Regionally, sales fell in all but four provinces in February. Manitoba (+4.3%), Saskatchewan (+2.4%) and Nova Scotia bucked the trend with strong sales increases, while Ontario recorded a modest increase (+0, 3%).

Looking at individual categories, sales of motor vehicles and parts fell in February (-5.1% m/m), weighing heavily on the headlines. However, gas station revenues increased both in nominal (+6.2%) and volume (+3.4%) terms, boosted by higher gasoline prices and improving trends in matter of mobility.

Core sales, which exclude autos and gasoline, held up well for a second consecutive month, rising 1.4% in February, following a 3.3% gain in January.

After a very strong impression in January, retail sales paused temporarily in February. A sharp decline in sales of motor vehicles and parts, which account for more than a quarter of retail sales, was mainly responsible for the weak results. Core sales remained resilient for the second consecutive month. Statistics Canada’s preliminary estimate also points to a solid rebound in total sales in March.

Consumer spending is expected to remain robust in the near term, supported by easing public health restrictions, significant pent-up demand and a healthy labor market. But rising prices and interest rates will begin to weigh on household budgets in the second half of the year, prompting consumers to tighten their purse strings. Retail sales could also weaken as consumption continues to shift away from goods and toward services, such as travel and hospitality.

The distinction between nominal and real growth could become important in the coming months, as nominal sales growth is inflated by rapidly rising consumer prices. The confluence of robust domestic demand and tight supply due to ongoing supply chain issues and a tight labor market means that prices for many categories of goods as well as services are beginning to rise. The war in Ukraine has also pushed up commodity prices, adding even more fuel to the inflationary fire. These issues are unlikely to dissipate any time soon and will keep inflation well above the Bank of Canada’s 2% target this year.