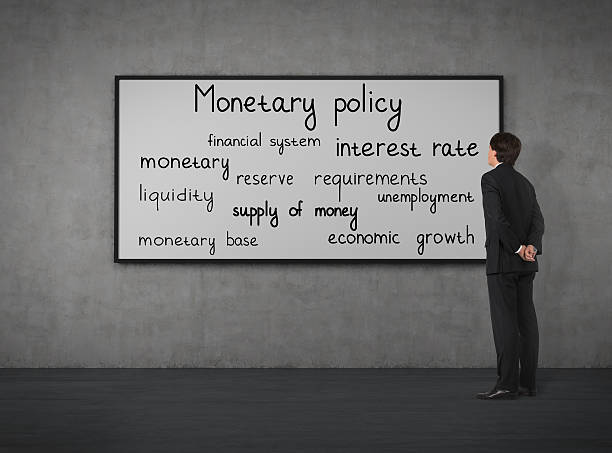 Focus on the RBA, ECB and US CPI this week

Major Asian indices are trading slightly higher today, but currency markets are quiet. Trade will likely be subdued with Switzerland, France and Germany over the holidays, while the US economic calendar is blank. But a turbulent week will kick off with the RBA rate decision tomorrow, followed by the ECB on Thursday. Then, the week would likely end on a positive note, in terms of volatility, with the US CPI and Canadian employment on Friday.

Technically, the AUD/JPY is a pair to watch for the next 24 hours. Currently, given the widespread weakness in the Yen, the prevailing view is that the correction from 95.73 ended in three waves to 87.28. The medium-term uptrend should be ready to resume. Further upside is expected as long as 92.83 minor support holds and break of 95.73 high confirms this bullish case. However, should the RBA disappoint by delivering less than a 40bp rise, AUD/JPY could break through 92.83 to extend the corrective setup from 95.73 with another leg down. 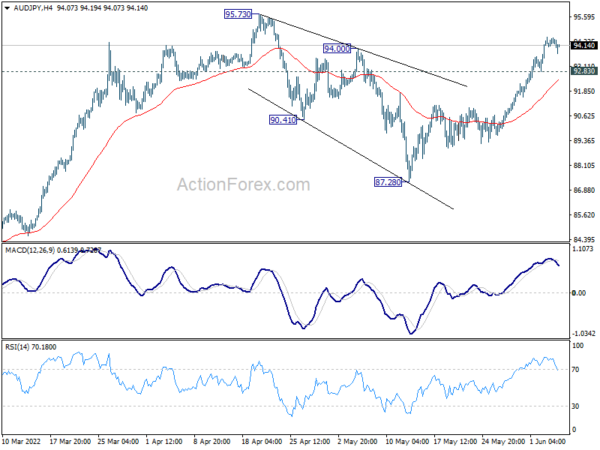 BoJ Governor Haruhiko Kuroda said in a speech that the economy is “still on the road to recovery from the pandemic and has come under downward pressure on the revenue side due to rising commodity prices.” In this situation, “monetary tightening is not at all an appropriate measure”.

He added that the top priority was to “persistently pursue the current aggressive monetary easing centered on yield curve control.” And, unlike other central banks, the BoJ noted that it faces the “trade-off between economic stability and price stability.” Therefore, it is “certainly possible for the Bank to continue to stimulate aggregate demand on the financial side”.

He concluded that the BoJ “will take a firm stance on further monetary easing, in that it will provide a macroeconomic environment where wages are likely to rise so that rising inflation expectations and changes in the tolerance of price increases – which have started to be seen recently – will lead to sustained inflation.

China Caixin PMI Services rose from 36.2 to 41.4 in May, but missed the expectation of 47.3. Caixin said services activity fell at a slower, but still high, rate amid COVID-19 restrictions. The overall decline in new work has moderated. Input cost inflation eased to its lowest level in nine months. The PMI Composite fell from 37.2 to 42.2.

Wang Zhe, senior economist at Caixin Insight Group, said: “Overall, in May, local Covid outbreaks continued and manufacturing and service activity improved slightly, but continued to slow. contract, with services being hit harder. Demand was slightly stronger than supply. The fallout from the outbreak on market supply and demand has trickled down to the labor market, which is deteriorating at a faster pace in the manufacturing and service sectors. Disrupted supply chains and longer logistics delivery times still need to improve. Companies remained under strong cost pressure.

Two central banks will meet this week. The RBA is expected to raise the target by 40 basis points to 0.75%. But a small increase of 25 basis points cannot be ruled out, and it would be a disappointment for Australian bulls if that happens. Moreover, the RBA would maintain a hawkish bias and indicate that further tightening is underway.

ECB officials, including Chair Christine Lagarde, set market expectations for a rate hike in July. To do this, he should announce the end of the asset purchase program at the next meeting. There is no consensus on the size of the rise in July, with some preferring 50 basis points and others not. The press conference after the meeting will be scrutinized for clues as to the hawk/dove balance within the Board of Governors.

On the data front, the US CPI will be the biggest event. There are still other data to watch, including the Eurozone Sentix, China’s trade balance, as well as employment in Canada. Here are some highlights of the week:

USD/CAD is losing some downside momentum again, as seen in the 4-hour MACD. But further decline is expected with 1.2685 resistance intact towards 1.2401 support. A decisive break there will argue that all rebound from 1.2005 is over, after rejection by Fibonacci resistance at 1.3022. A deeper drop would then be seen to retest this low. On the upside, minor resistance above 1.2685 will disrupt the short-term outlook and make the intraday bias neutral first. 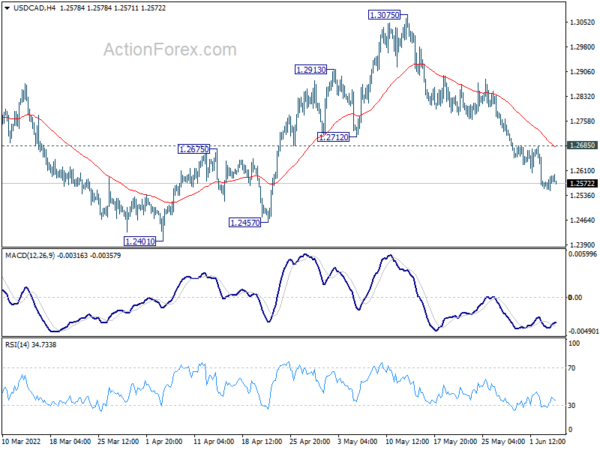 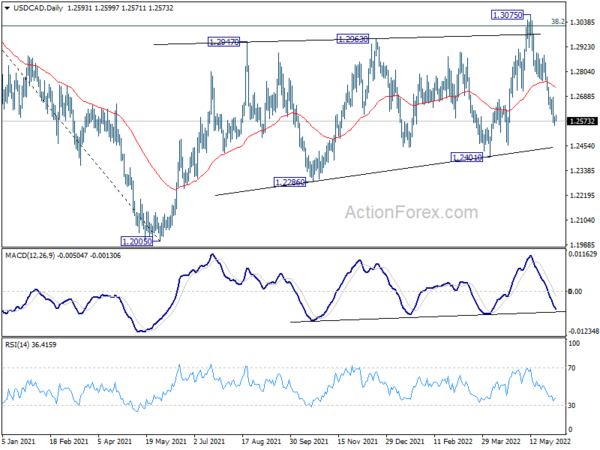