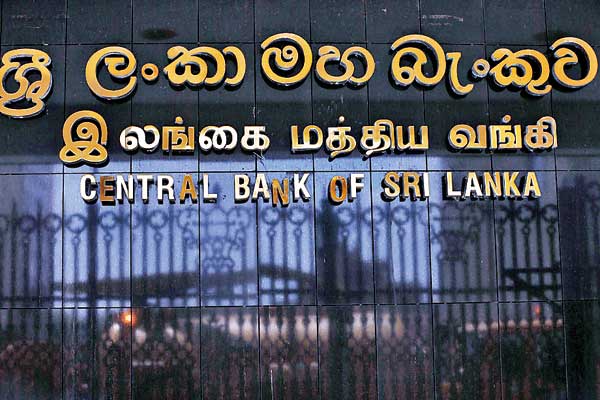 Forex earnings: no forced conversion, according to CBSL

The Central Bank of Sri Lanka (CBSL) last week denied allegations that a recently published gazette by it led to forced conversions of foreign currency earnings, stressing that the instructions relate to export earnings and comply with the law.

Talk to Sunday morning, CBSL Deputy Governor TMJYP Fernando asserted the opposite, stating: â€œIf there are Sri Lankan citizens who provide a service to a foreign customer or a non-resident and receive income in foreign currency , this is an export of a service, and in this case the rule that the recently issued CBSL on export products – the obligation to convert (income) after compensation for certain expenses – applies for such a person â€, she justified.

The notification further states that banks are required to convert the entire residual balance of export earnings received in a given calendar month into Sri Lankan rupees once the account holder is authorized to make authorized payments. , no later than the seventh day of the month, as stipulated in the gazette.

â€œWhen it comes to their foreign currency trading accounts, the rule is that you can use it for the repayment of any foreign currency loan related to this service. So after reducing this, the remaining amount must be converted into Sri Lankan rupees within the allotted time, â€confirmed the deputy governor.

Asked again about allegations that Sri Lankan residents who earn wages in foreign currency were forced to convert their foreign earnings into Sri Lankan rupees, the deputy governor said, â€œThere is no forced conversion, for it is a law of the land.

â€œIn 2016, with respect to (the export of goods), we asked someone to bring the income to Sri Lanka within 180 days, which was then extended. This rule has been around for a long time. Then, earlier this year, we wanted a 25% conversion for merchandise export revenue. Then, very recently, after the announcement of the six-month roadmap, the rule was further changed, taking note of presentations made by commodity exporters, who wanted foreign currency to meet certain expenses. So the rule was changed to allow them to use those funds, â€Fernando said.

She then noted that the rule also stipulated that the entire balance of foreign currency, that is, after paying these expenses, must be converted into Sri Lankan rupees within a certain period of time.

â€œAt the same time, we announced that service exporters must also follow a similar conversion. Therefore, it is not something that is done by force, since we have given instructions to the banks and the banks must follow. We also published a public notice, â€said Fernando.

Commenting on the matter, the Managing Director of the People’s Bank, Ranjith Kodithuwakku, also asserted that there had been no forced conversion of foreign exchange earnings, noting that for monies sent to Sri Lanka through official channels such as banks, there would be an additional Rs. 10 paid by the bank.

â€œWe try to get customers to send money through formal channels. There is no mandatory conversion as such for foreign currency accounts. Previously there were regulations requiring exporters to convert under certain conditions, but other than that there were no such restrictions on private remittances. Anyone who has foreign currency accounts is not affected at all, â€he said.

CBSL’s decision to convert revenues from export services, followed by a crackdown on informal remittance channels, was announced last week as Sri Lanka struggles to mitigate the impact of a shortage of US dollars. The CBSL claimed that such a mechanism could be linked to money laundering and drug trafficking.

Following a CBSL decision to peg the US dollar rate at Rs. 200-203, many expats have sought better prospects by sending their remittances through methods such as money transfer services. “hawala” money.

According to CBSL, remittances received by banks fell by around $ 300 million last month and many have migrated to unofficial channels, which offer better conversion rates than CBSL.

Why it makes sense to invest in startups led by women

We asked a world-class baker for advice on how everyone can improve their holiday cookie game.