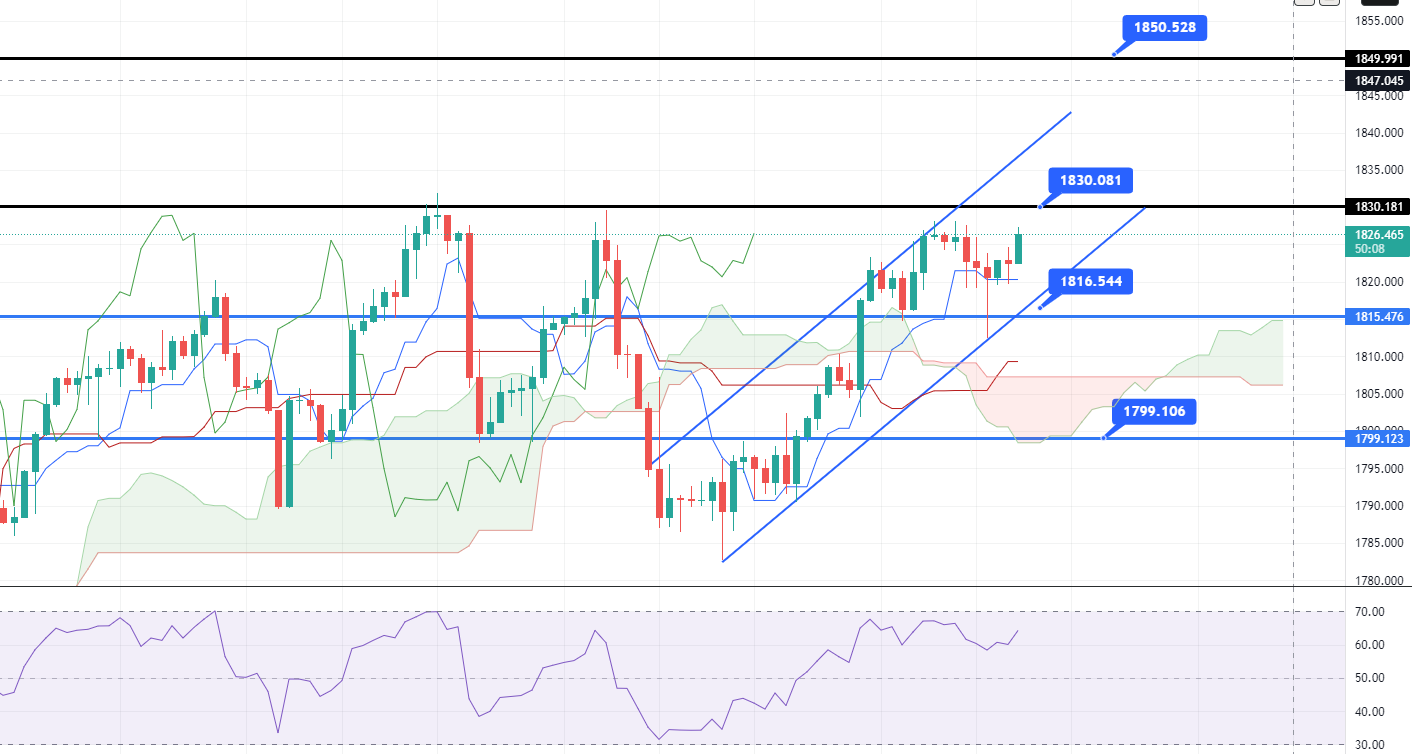 The price of gold closed at $1,820.40, after hitting a high of $1,828.15 and a low of $1,811.85. After posting gains for four consecutive sessions, gold fell on Thursday, despite falling US Treasury yields and a weak US dollar. The US dollar index, which measures the value of the The greenback against a basket of six major currencies, extended its losses, down for the third consecutive session, to reach its lowest level in three months, at 94.66 points. The yield on the US Treasury, on the benchmark 10-year note, also fell, settling at 1.69%, the lowest figure in six days.

The federal budget balance, which was released at 00:00 GMT, fell to -21.3 billion against a forecast of -5.8 billion, supporting the US dollar. At 6:30 p.m. GMT, the PPI figures fell, showing a decline to 0.2%, against the 0.4% expected, which weighed on the US dollar. The Core PPI remained stable, in line with the expected 0.5%. Unemployment claims jumped to 230,000 from the expected 199,000, putting downward pressure on the US dollar. Most of the data on the US side was unfavorable, which limited further losses in the price of gold.

On Thursday, Federal Reserve Governor Lael Brainard told Congress that reducing inflation was the central bank’s most important task. Ms Brainard added to expectations for rate hikes by highlighting how the central bank was working to end the asset purchase stimulus program no later than March.

According to her, the Fed’s rate-setting committee has proposed several rate hikes this year. However, this can only be done if asset purchases are completed as soon as possible. She said bottlenecks and other supply constraints were contributing to much higher energy and food prices, but added that the Fed was ready to raise interest rates to cool demand across the economy, if necessary, to reduce inflation. She also said the Fed has a powerful tool and will use it to bring inflation down over time. She also predicted that the higher inflation rate would persist over the next two quarters.

Ms. Brainard’s comments put negative pressure on precious metals, as higher inflation tends to push demand for safe havens higher. Additionally, the World Health Organization has added two more drugs to its list of guidelines for recommended treatments for the coronavirus, amid rising numbers of cases around the world, due to the rapid spread of the Omicron variant. .

According to agency experts, the drug, baricitinib, is highly recommended for patients with severe and critical COVID-19. Experts also gave a conditional recommendation for another drug named Sotroviman, for people with mild coronavirus but at very high risk of hospitalization. The accelerating pandemic around the world prompted the WHO to recommend new treatments, which further increased the risk on market sentiment, dragging gold even lower.

A Technical Perspective on Gold – Uptrend continues above $1820

The precious metal gold is trading at 1826 with a strong bullish bias, having breached the resistance level at $1815. This level acts as a support for gold. Following the upside, the next resistance remains at 1832, and a break above it could drive the price of gold towards the 1845 level.

On the downside, support holds around 1820, and a break below this level could extend the selling trend to the 1804 level. Good luck!