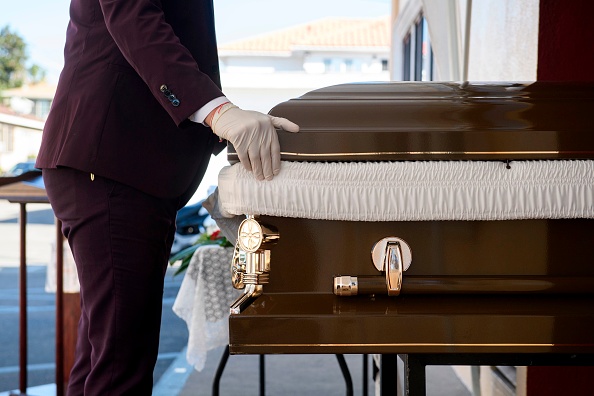 PARMA, Ohio (WJW) – Dozens of families are now seeking justice after claiming to be ripped off by the owner of a store that sold coffins and gravestones.

Cuyahoga County, Ohio, prosecutors indicted Karen Hayes, who ran The Casket Store in Parma, with deceiving 54 victims out of $ 70,000.

Investigations into the allegations date back over 12 years.

Prosecutors say Hayes took money for the coffins and gravestones, but never handed over or simply pocketed the money after people paid up front for the funeral, while constantly giving apologies to families.

Many of the victims were also elderly people, Brydle said.

“Eventually the victims realized … that they would never get this gravestone and they were forced to go somewhere else and pay money again,” Brydle said.

The Hayes investigation began in 2019. Complaints started to come in and she was even arrested.

‘We’ll get there’: Biden pushes positivity after $ 3.5million plan blocked

Still, the charges were stayed as detectives began to receive more complaints. Police eventually discovered all of the victims listed in the new indictment.

NewsNation affiliate WJW tried three phone numbers, left voice and text messages, and left on a house door on Friday, but got no response from Hayes.

Rita Duplaga, whose family never received her gravestone from The Casket Store after her stepmother died, said she was encouraged to see the lawsuits against Hayes.

â€œIt’s a horrible time to hurt someone. You know you’ve lost someone and now they’re going to take you for a ride, â€she said.

Watch “Morning in America” â€‹â€‹weekday mornings at 7 / 6c on NewsNation.

A judge ruled against her and ordered penalties, but court records do not indicate if anything had already been paid.

Hayes’ store is now closed, but investigators believe there could be even more casualties.