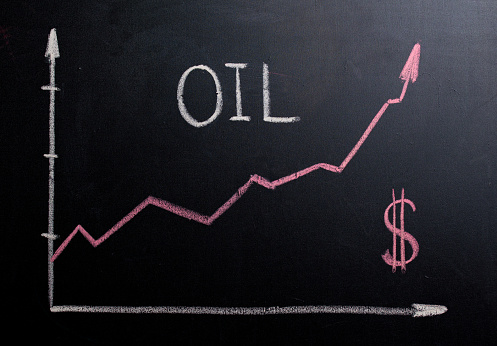 WTI prices have risen significantly over the past few sessions, capturing new multi-year highs. The current week has been extremely favorable for oil prices and the accompanying volatility seems to be getting traders and market participants excited. This report can be used as a brief oil market update, showcasing the main topics that are motivating traders at the current time. Through this Oil report, we aim to provide clear and detailed information by educating traders but also identifying important technical price levels.

We start with weekly US oil market data which is watched by traders due to the fact that it can generate great opportunities. As of March 1, American Petroleum Institute inventory levels showed a significant drop of -6.1 million barrels. Upon its release and within minutes, WTI jumped around $0.6 and continued to climb over the next hour. The following day, March 2, the Energy Information Administration (EIA) crude oil inventories showed a considerable drop of -2.6 million barrels. Upon its release, WTI gained around $0.90 in the following minutes. The market’s reaction to both occasions seems to provide evidence that traders are staying prepared for the releases and acting accordingly. In this case, declines have traditionally supported oil prices, so the outcome might have been somewhat predictable. On the other hand, during last Friday, the number of Baker Hughes oil rigs showed an increase of 2 oil rigs, with the total count now reaching 522 active oil rigs. It is very interesting to note that some of the largest oil companies in the United States have decided to limit their production growth this year despite the increase in oil prices and it is worth it. US companies appear to remain disciplined after a string of unprofitable years.

Yesterday the 26th OPEC and non-OPEC ministerial meeting took place and was also the focus of market attention with very low expectations for change, however. The OPEC plus group remains faithful to its conservative position and the decision to adjust monthly global production upwards by 0.4 mb/d for the month of April 2022 has been confirmed.

On a separate note as a non-OPEC member, Russia’s military attacks on Ukraine are currently a big contributor to recent oil market volatility. With tensions lingering, oil traders are constantly monitoring developments as Russia remains a major exporter of oil and gas to the world but especially to Europe. On Wednesday, various media sources like Reuters noted that after excluding Russia from the SWIFT payment system, the United States is now targeting the Russian oil industry. According to the report, the United States is pressuring Russia through its refining sector with new export restrictions and targeting Belarus with new export restrictions. Russia remains among the world’s leading producers and exporters of oil to world markets. Regardless of the tensions in Ukraine, the demand for oil continues to rise. We do not see the demand for oil decreasing, but rather the opposite. In this case, if Russian oil trading is limited to the market due to restrictions, oil prices may continue to rise.

Finally, in recent days, the International Energy Agency announced a coordinated effort to release 60 million barrels of oil from their emergency stocks. The International Energy Agency is a Paris-based group that includes the United States, Japan and much of Europe. This action could indirectly send a message that Russia’s restrictions on global oil supply can be overcome with alternative sources.

For now, WTI is pulling back after testing the resistance (R1) of 114.00 in today’s first European session. The (R1) is currently the multi-year high for WTI and a possible break above it may be a sign of strong bullish interest. In this case, traders could be looking for a higher target which can easily be the (R2) 117.50 level. However, if the bullish interest extends sharply, it may be more beneficial to focus on the resistance hurdle (R3) 121.00. On the contrary, if the sell interest is increased, the support level (S1) 108.75 could be tested first, as it has been used in previous sessions as both resistance and support proving its relevance against to recent price developments. In an even more intense selling scenario, we could see (S2) 104.20 which was a distinctive support level tested yesterday. If the sell orders keep coming in, (S3)99.40 could also be engaged. In our view, at this point, a break below $100 a barrel could signal selling interest with sideways trends. Very important is also the range between the support (S3) 99.40 and the (S4) 94.50 which has been widely used during the current week. The RSI indicator below our H1 chart appears to be down at the moment, but as the market continues to make new highs, our personal bias remains bullish.