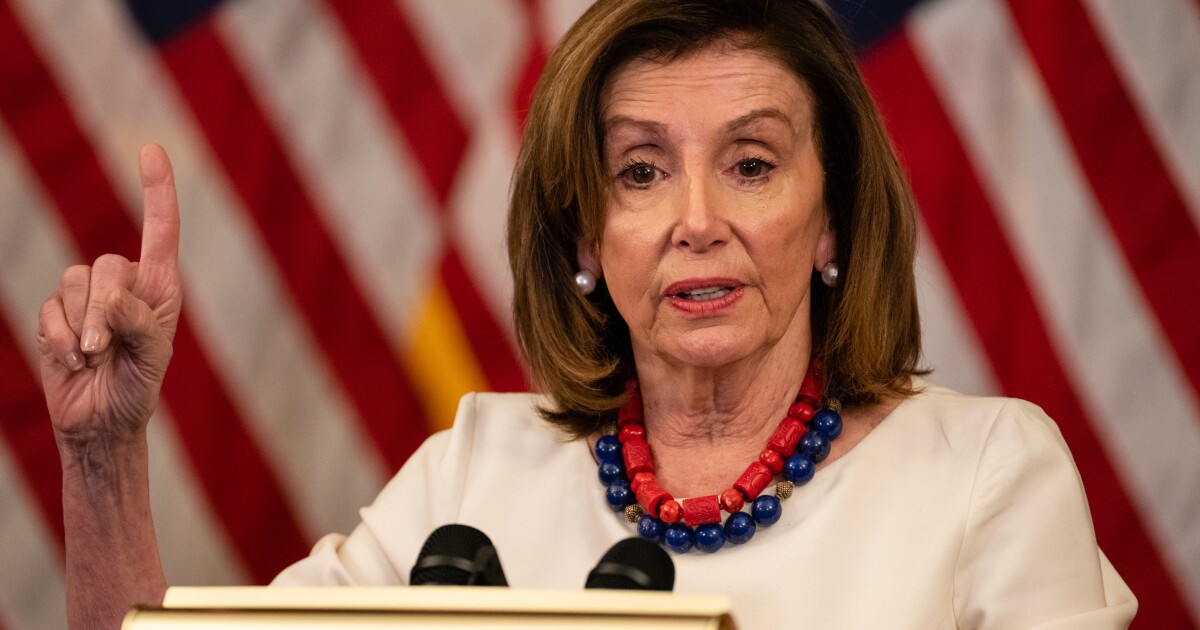 House Speaker Nancy Pelosi, D-Calif., who has opposed new legislation barring members of Congress from trading individual stocks, signaled Thursday that she is ready to push it forward — if she has the support from his caucus.

“I just don’t believe in it, but if the members want to do it, I’m okay with it,” Pelosi told reporters during her weekly press conference.

The speaker said she did not believe this step was necessary as she trusted her colleagues and existing laws currently require regular disclosure. “I have great faith in the integrity of my members,” Pelosi said.

Still, she asked the House Administration Committee to review the STOCK Act, the law requiring members to regularly report transactions and file reports within 45 days, and said she was willing to increase the fines for legislators who fail to meet deadlines. She added that the committee is reviewing all proposed bills on new reforms.

Pelosi said if there’s any concern that a member may be engaging in insider trading “that’s a Justice Department issue.” Existing laws give prosecutors the ability to charge lawmakers with insider trading.

In recent weeks, members of both parties have pushed again to ban lawmakers from making individual stock picks. Several bills have been proposed in the House and the Senate. Some would only cover members of Congress, others would apply the ban to spouses and family members.

Pelosi doesn’t trade stocks, but her husband Paul Pelosi does, and her regular reports filed under current rules are closely watched by many investors, who say her track record of making profitable decisions is worthwhile. to be copied. A recent NPR story notes that some have set up notifications for young investors on TikTok to follow when its reports go public.

Recently, House GOP leader Kevin McCarthy of California said he supports the idea and is reviewing the details. Capitol Hill Republicans are split on the issue. Some say the current system of public disclosure is adequate, and others say public opinion in Congress is so weak that any measure that removes any semblance of conflict makes sense.

Pelosi noted that while the legislature has rules for disclosing investment transactions, US Supreme Court justices do not.

She said decisions made at the High Court impact “every subject you can name”.

“I don’t think the court should be let go,” the speaker said. She pointed to recent comments by Chief Justice John Roberts alluding to reports of judges avoiding any appearance of conflict of interest.

Pelosi clarified that any new legislation would include provisions adding new rules for the Supreme Court. “When we move forward with anything, let’s take the Supreme Court with us to have disclosure,” she said.

The House passed a bipartisan bill in December that added disclosure rules for federal judges, but the Senate did not pass the measure.