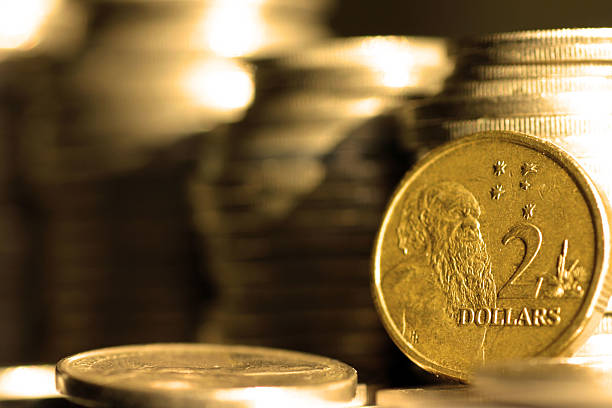 Horrific developments in Ukraine inflated commodity prices, a key driver for the AUD.

We have made significant changes to our commodity price forecast. These forecasts are set out in Westpac’s Market Outlook which was released today. Our working hypothesis is that almost all of the oil price spike is behind us. Russian crude exports have been largely eliminated from global supply, as official sanctions, voluntary sanctions and shipping disruptions have already significantly reduced supply.

Going forward, we expect there will be slow responses on the supply side from other producers, while some of the demand will be hampered by high prices. We assume an oil price of US$100/bbl until the end of 2022. Prices of other key commodities for Australia – coal and base metals – are also expected to remain at extremely high levels until the end of the year.

Given our new commodity price forecasts, AUD fair value models that do not include a subjective risk proxy scream that it is grossly undervalued. But our forecast of high commodity prices also coincides with a period in which high risk aversion dominates the markets.

The Australian dollar is a “at risk” currency, so we have been quite cautious with short-term upward revisions to our FX forecast. Our June target has been raised from $0.70 to $0.73, keeping in mind that by then we also expect the FOMC to have raised the fed funds rate by 75 basis points , in three quick slices.

A potential factor that could offset Australia’s traditional position in the markets as a “risky” asset is its distance from Ukraine and Russia. But nervous investors might also view our geographic position as vulnerable as the current conflict plays into China’s stated plans for Taiwan.

As risk concerns gradually ease in the second half of 2022 and the RBA begins its own tightening cycle by August, the boost given to the AUD by high commodity prices may be more supported. As a result, we have raised our forecast for the AUD by the end of 2022 from $0.73 to $0.76, above its long-term average.

Risk fears will still be contained through 2023 as markets accept that inflation can slow and central banks can manage soft landings for their economies. More “risky” sentiment in the markets from late 2022 will further strengthen the AUD and with relatively high (albeit declining) commodity prices through 2023 the Australian dollar is likely to return to 0 .80USD.

A real risk to this strong AUD scenario in 2023 will be that markets will likely have to reassess the peak of the RBA tightening cycle. We expect a peak of 1.75% by the first quarter of 2024, while markets currently expect a peak of around 2.4%. However, we expect the high risk/commodity price profile to more than offset the disappointment in interest rates.

Continued risk aversion in 2022 will favor safe-haven investments like US Treasuries (UST) and gold. We recognize that inflationary pressures and persistent FOMC rate hikes will always result in higher US bond yields. The inflation component of USTs has already reached around 2.75% (implying unrealistically negative real yields). We also expect five FOMC rate hikes in 2022. However, we have slightly lowered our 10-year rate profile by the end of 2022, from 2.4% to 2.3%, to account for this increased demand for safe havens.

Risk aversion is not favoring Australian Government Securities (AGS) in global markets, given Australia’s “high risk” label. Current spreads between AGS and UST are expected to remain wide but, nevertheless, to contract to around 20bps from the current recent historical extremes of 40bps.

We have raised our forecast peak for headline inflation in Australia in 2022 from 4.2% to 5.0%, capturing both the direct and indirect effects of the higher oil price profile.

This had little impact on our core inflation forecast, with the peak dropping from 3.5% to 3.7%. Therefore, our profile for the RBA – first rise in August followed by a second in October – remains intact. The rise in headline inflation has raised real concerns for the RBA regarding inflation expectations (the available measures are benign but have tended to be quite erratic and unreliable). However, the specter of significant risk and weaker global growth, particularly in Europe, should keep the RBA on hold over the next few months.

Our view is that the RBA will respond to the expected impressions of the Q1 CPI on April 27 – annual headline at 4.4% and underlying at 3.1% – with a decision that “patient” rhetoric should be moderate until June/July, with a clear tightening. emerging bias.