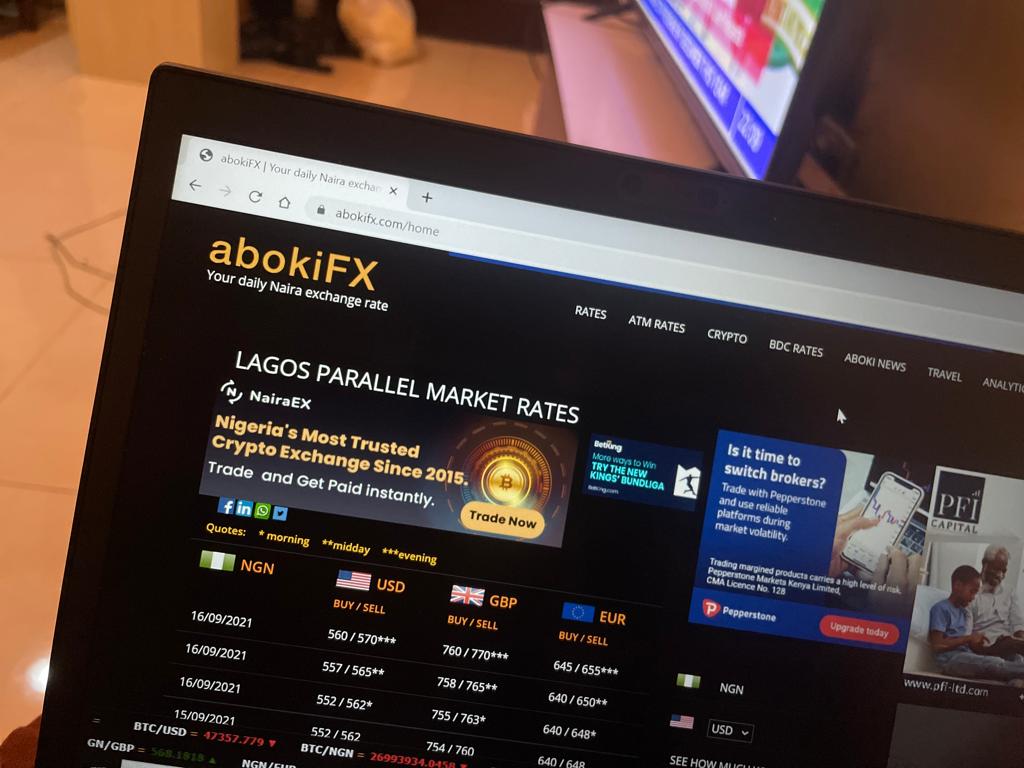 The Central Bank of Nigeria (CBN) is investigating Oniwinde Adedotun, the founder of abokiFX, TheCable has learned.

Sources within apex bank told TheCable on Thursday evening that Adedotun and abokiFX Limited are currently under investigation for “illegal foreign exchange transactions.”

AbokiFX is a web platform which reports movements in the forex market since 2014. On Thursday, abokiFX reported that the naira was trading at 570 per dollar in the parallel market.

The umbrella bank would investigate seven accounts owned by Adedotun and abokiFX, reviewing every foreign exchange transaction from 2019 to 2021.

Reports on social media claim that Adedotun is under investigation for exchange rate manipulation, but another source within the bank said he could not confirm the rumors.

“There would be a lot more clarity after the next Monetary Policy Committee (MPC) meeting tomorrow,” the source said.

AbokiFX, registered in Arizona, United States, is the 63rd most visited website in Nigeria as of September 16, 2021.

The umbrella bank had originally scheduled its MPC meeting for September 20-21, but had to postpone it to September 16-17, 2021 – but no reason was given for that decision.

Godwin Emefiele, the governor of the CBN, will address the media on Friday to announce the new decisions of the MPC.