Recommendation of the day on the lira against the dollar

The direction of USD/TRY is moving in an uncorrected direction. It is only a matter of time before the dollar rises to 16 Lira levels in light of the failure of the Turkish Central Bank’s tools under pressure from President Recep Tayyip Erdogan, as the bank has cut the interest rate by 500 basis points over several months until late last year, before announcing the fixing of the interest rate at levels of 14% in January. This caused the lira to lose 44% of its value against the dollar. Given that there is no new event to be expected with the conduct of Russian military operations in Ukraine, which is one of the main reasons that pushed global inflation to record highs and sharply increased the price of energy, which has contributed to increasing inflation in the country. at levels of 70 percent. Therefore, experts do not expect the lira to see any corrections, as it daily records a new low against the dollar.

On a technical level, the Turkish Lira continues to fall sharply against the Dollar as the pair is based on the four-hour uptrend line shown on the chart and the pair continues to rise above the highs. 50 , 100 and 200 moving averages, respectively, over the four-hour period as well. The pair is also trading at the highest support levels, which are concentrated at 15.73 and 15.85 respectively. On the other hand, the lira is trading below the resistance levels at 4:00 PM and 4:40 PM. As the pair’s bullish momentum continues, the way is open for the lira to reach the levels of 16.63, which it recorded at the end of last year, as this is the first level of major resistance. Please respect the numbers in the recommendation with the need to maintain capital management. 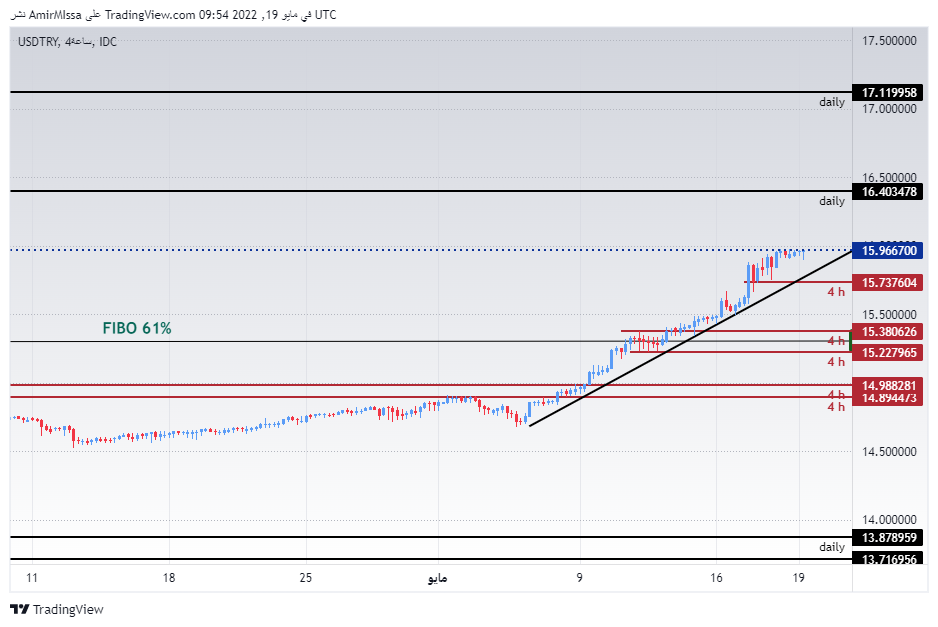