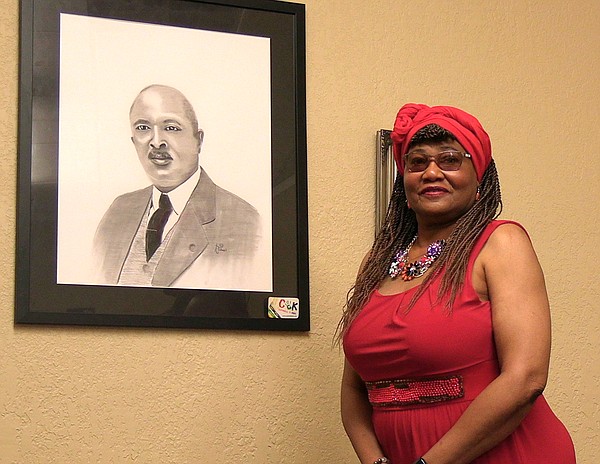 The Webb Center Inc. officially paid off the mortgage on its building at 127 Pleasant St. on April 6.

The center, a non-profit organization dedicated to serving the community by providing a facility for the public to engage in educational, cultural, social, recreational, political or civic service activities, hosted a celebration on April 8 and invited “all the friends of the Webb Center who have supported us, donated to us, encouraged us, praised the center,” said board chair Mary Moore.

The mortgage was acquired from the bank by William “Bill” Watkins, former executive director of the Webb Center. The center paid a promissory note between Watkins and Simmons Bank, Moore said.

“The mortgage was a long time ago,” she said. “But I wanted to pay it under my watch.”

Paying off the mortgage proved to be a difficult task for Moore, as the COVID-19 pandemic changed the way the center raised most of its funds. She said many programs where people donated to the center were canceled when the pandemic started.

Although the center had to make changes, Moore said he never had to close the doors completely. The center has reduced its hours, but they are now starting to add hours, she said, noting that the doors are open Tuesday through Friday. The event room is also available for rent on weekends.

“We don’t know what’s going to happen with the pandemic,” she said. “But if it clears up, we will launch programs.”

Moore said she plans to use the extra money saved from not having to pay the mortgage every month to eventually start offering tutoring sessions.

“A lot of kids have been left behind because of the pandemic, going online,” she said. “So we wanted to do some tutoring for these kids.”

“We’re here for the community,” Moore said. “Mr. Webb donated to the African-American community in 1945 because at that time it was not integrated, so the children had nowhere to go.”

“It was (was) a black institution,” she said. “That’s no longer the case, though. It’s for everyone.”

As a former social worker of more than 30 years, Moore is retired but continues to volunteer for the Webb Center.

“That was my job, helping people,” she said. “And you have to have that love for people to do that.”

Support from others is something Moore said he appreciates, especially since the center currently doesn’t have a director. She wanted to give special thanks to all members of the Webb Center Board of Directors and other supporters.

The Webb Center is located at 127 Pleasant St. – Photo by Andrew Mobley of The Sentinel-Record

Ford Stock Keeps Rolling North In This Key Trend: Here’s How To Trade It